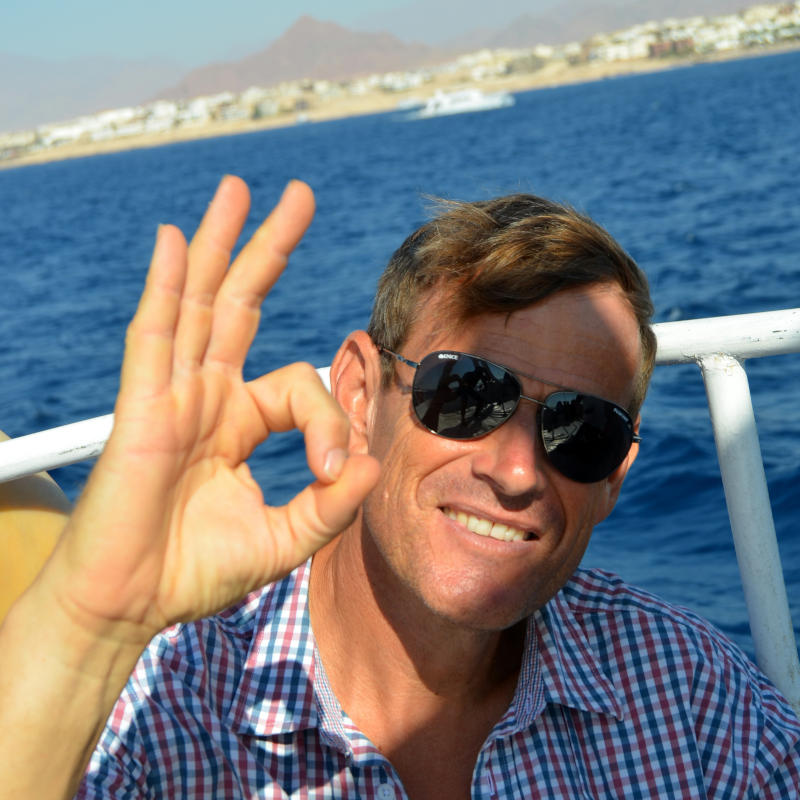 Welcome on my personal website. I would like to introduce myself, where I am coming from and where I am heading to. Not sure, If there is a plan to follow anyway ;-)

You are going to find information about:

I hope you are going to have some fun on this site. Have questions or suggestions? Feel free to contact me on 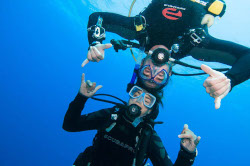 About three months after my beginner training, I felt the urge to become a professional in diving. The first professional level in PADI1 diving training is the PADI Divemaster. This level is also derisively called “Maste of Desasterr” by colleagues from BSAC2. Well, honestly, you're not far from the Master of Disaster. But let's start slowly. As a preliminary step you have to become a Rescue Diver.

I had registered for this training in a diving school, Diving Cres, in Croatia on the beautiful island of Cres. It was really great; a very family atmosphere with the base manager Gerhard. After the so-called check-in and a big surprise how much lead I needed, I was introduced to my diving instructor Mirko Obermann. A really funny guy, frankonian and always a cheeky saying on the lips. There were only two of us in the course. It was during Easter holidays and at that time it was still freezing cold in the Mediterranean. Mirko went out on his way to teach a totally inexperienced advanced diver how to save or find victims in the ocean. 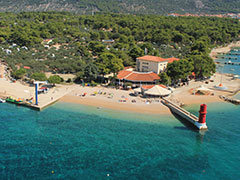 I still remember a scene very well. It was a big exercise to find a missing diver, bring it to the surface and then to the beach. We were told the likely direction of the victim. So, my buddy, that's what a diving partner is called in diving, and I prepared, did a buddy check and then started searching for the victim using a so-called U search pattern. On this particular day the sea was unfortunately quite wavy and the visibility was very limited due to swell. But wonder, after about 10 minutes of diving we found someone situated on the bottom. As learned, the supposed victim was saved and brought to the water surface. Protests on the part of the victim were deliberately ignored, the victim was said to be ultimately passed out. Hardly on the surfacer we learned in a verbose discussion that this diver was not a victim, but was down there to take pictures. We were of course the joke of day at the diving center. In fact, after twenty more minutes, we found the "real" victim. It was still in time. The victim ran into the hot shower as soon as it got to the beach. That's what I call a successful rescue operation, a so-called spontaneous revival 😏

Personally, I have to say that this Rescue Diver course was a very valuable experience for me and probably the most interesting PADI course. Now I still had no diving experience, but was able to save cooperating victims and underwater photographers.

I was a little bit afraid of the Divemaster course. The requirements are already higher. I had to have sixty logged dives up to certification. Since the course was supposed to take place in Cres in summer, that meant for me and my changing diving buddies to go into the lakes whenever possible. Fortunately, the lake was not that far away. During this time I also joined a diving club in Düsseldorf. However, only for a short time, this German association behavior hurt my balls too quickly. I did my theoretical training in a small diving school in Essen, unfortunately I didn't get the name. But the owner was really cool:

"I would like to do my theoretical training as a Divemaster here."
"No problem. Here is the PADI encyclopedia of scuba diving. Read it and in two weeks you are going to have the exam. "

And that's exactly how we did it. Unfortunately I missed the Divemaster Manual. Many questions in the exam, for example on the subject of supervision, could only be answered by chance or with my lack of common sense, but the score was probably sufficient. During this time I was also allowed to accompany a couple of beginner diving courses. That was pretty cool, especially for my diving self-confidence ... One of the students asked me ....

"You accompany here as a divemaster? Are you checking the instructor? ” I loved this one 😂😂😂.

In July I went to Mirko for the practical part of the Divemaster training. That was a super cool time. In addition to the accompaniment of diving courses, you could also see wrecks together with experienced divers. Unfortunately I was still the one who was the first on the boat due to lack of air. I still remember one exercise here. My diving partner and I should create an underwater map of the house reef. Too bad, unfortunately I had no idea what such maps looked like (as I said, I didn't know the PADI Divemaster Manual). The whole painting was a disaster. I should have kept it, it would have gone through as modern art. Mirko laughed vigorously and shortly afterwards my buddy and I were PADI Divemasters. From now on I was a member of the world's largest diving association and was allowed to pay membership fees.

My experience after course completition: 60 dives x ∅ 35 min per dive = 2100 min or 35 hours. This corresponds to a car driver who has already driven 3,500 km in his car life. Just right to be a professional 😂